For nearly 25 years, energy healing has been a huge and crucially important part of my life. BioSET was my path to wellness after I became chemically sensitive, reactive to virtually all foods, and developed a host of other frightening and unpleasant symptoms.

I was fascinated by this work and amazed how BioSET helped me, so when I had the opportunity to train in BioSET, I jumped at the chance. Today I am a practitioner of BioSET, The Emotion Code, The Body Code, and EFT (Emotional Freedom Techniques). I am not a licensed medical or mental health professional, nor am I qualified to diagnose or treat physical or mental illness. For most of my working life, I have been an investigative journalist specializing in environmental issues, and I find my skills and background as a reporter very helpful in my energy healing practice.

I began my BioSET training in 2010 with Debra Singer, DC of Healing Arts & Chiropractic in Albany, NY. I did my Emotion Code and Body Code training and certification through originator Bradley Nelson’s organization beginning in 2016. In 2018, I completed my EFT certification through EFT Universe, studying under founder Dawson Church and expert trainer Jan Watkins. 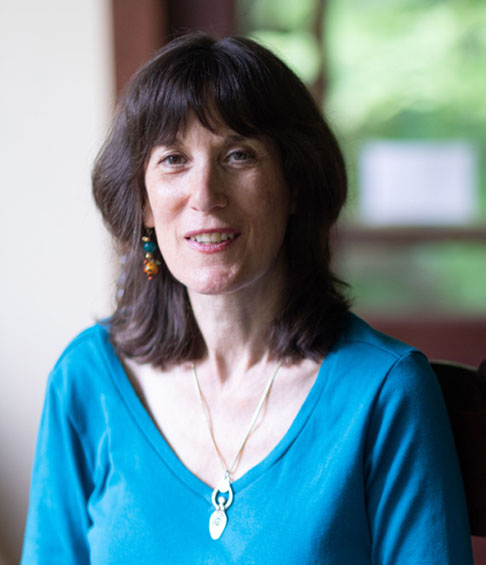 These energy healing modalities bring together my nearly lifelong interest in health, my passion for a clean environment, decades of experience researching and writing about various environmental and health issues, and my conviction that there is much we can do to restore and safeguard our own wellbeing.

I am honored to be doing this work. Here’s a little bit about how I got here.

Growing up in Los Angeles when brown, hazy air was much more common than it is today, my interest in health and our environment was sparked at an early age and is deeply ingrained in my being. In my teens, long before being green was popular, I became a passionate advocate and eater of organic, healthy food. I also found the various environmental assaults of air and water pollution, forest clear-cutting, driftnet fishing, and proliferating toxic contamination deeply disturbing.

During that time, I was profoundly affected by the social injustices against Native Americans, African Americans, and women, which I was learning about in my history and social studies classes at school. I felt strongly that the world could be a better place, and though I didn’t yet know what I would do, I knew I wanted to do something to make a positive difference.

After earning a BA in Communication Studies from UCLA, I lived in New Zealand for nearly 10 years. I became an agricultural journalist there and learned a lot about farming, the food supply, the health and environmental impacts of modern industrial agriculture, and the many powerful political and economic forces that combine to create and maintain the industrial food system. I also learned about environmentally friendly farming methods like organic and biodynamic agriculture.

In the early 1990s I returned to the U.S. and got my Master’s degree in journalism from Columbia University. I continued writing about agriculture for publications in New Zealand and the U.S. and was one of the first reporters providing in-depth coverage of genetically engineered food in this country. As time went on, my research and writing expanded to cover nuclear power and the dangers of radiation, pesticides and chemical contamination, fracking, and global warming.

In 1993 at a pesticides conference in Washington, D.C., I met some people suffering from Multiple Chemical Sensitivity. Three years later I began reacting to a whole range of synthetic chemicals and virtually all foods after moving into a newly renovated apartment in northern Manhattan that was outgassing toxins from the freshly painted walls and oil-based varnish on the wood floors in every room. I developed constant skin rashes, digestive issues, persistent fatigue, brain fog, impaired breathing, muscle spasms and back pain that prevented me from exercising, and a host of other symptoms. I was desperate to find a way to halt my symptoms and feel better. From the chemically sensitive people I had met and others I began to read about, it was clear to me that if I wasn’t able to restrict my exposures to the various things triggering my symptoms, they could get much, much worse.

I bought air filters for the apartment and car, water filters for the kitchen tap and shower, and began a strict food rotation diet to help minimize my symptoms. When I learned the inside of our apartment building was going to be repainted during the summer of 1997, I went to Ithaca, NY and began seeing a practitioner of NAET, the precursor to BioSET, which was helping someone I had met earlier that year.

My Path to Wellness

For many years I had known I was sensitive to gluten and dairy, so soy had become a significant part of my diet. But after everything I ate began triggering symptoms, soy caused some of my worst food reactions. Within minutes of eating it, my stomach would bloat and I’d have terribly painful cramps. After one NAET session to clear soy, that reaction never happened again. That experience demonstrated to me how powerful this kind of energy work can be in resolving these kinds of problems, and I knew that this would be my path to wellness.

In 1999 I moved to the Catskills to be in a cleaner environment. My journey with BioSET began in 2000 when I started seeing Debra Singer, DC in Albany, NY. Although she began her work in this area with NAET, she found BioSET more effective and switched. Over time my digestive problems, skin reactions, back pain and muscle spasms, and the various other symptoms and sensitivities I had developed to the long list of foods and chemicals disappeared. Today I am fine.

Applying My Experience to Help Others

My own BioSET journey and experience working with others using BioSET, The Body Code, and EFT continues to demonstrate that the subconscious mind of each and every one of us contains detailed knowledge about what is energetically imbalanced and that by clearing these imbalances, it is possible to relieve all kinds of symptoms and issues. Sometimes the imbalances seem obvious, while other times they don’t.

I’ve also observed that practically anything—a food, chemical, nutrient, electromagnetic energy, an emotion, a person, or memory of a stressful or deeply troubling event, just to name a few—can create symptom-prompting energetic imbalances that can manifest in any number of ways.

Because everyone is different, the things triggering each client’s energetic dysfunction are different. I love using BioSET, The Body Code, and EFT to correct the underlying energetic imbalances to help my clients feel better and achieve what they want in life.

Many blessings on your path to wellness! I would be honored to assist you along the way!